Last week, The Hollywood Lawyer was lucky enough to attend the premiere of Followed, a new horror film produced by our client, production company Viscape Arts, directed by Antoine Le and written by Todd Klick. 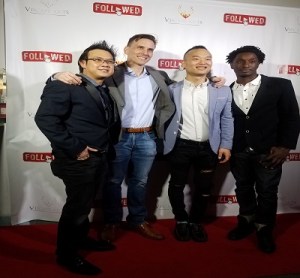 “Depicted as a string of online vlog posts being navigated by an unseen observer, ‘Followed’ is about an irreverent vlogger of the macabre who takes his show and crew of three friends to a famous hotel rumored to be haunted by its evil past. Based in part on historical occurrences at the actual Cecil Hotel in downtown Los Angeles, Mike and his crew encounter an evil entity that resides in the hotel that may or may not be what it seems.”

You can learn more about Followed and team behind it here and be sure to check out the trailer here: