3,500 SAG-AFTRA members and 3,200 family members will lose the union’s health insurance plan come January 1 if they can not reach the income threshold. The members recently ratified a new contract and have little recourse to fight the decision. SAG-AFTRA Board Members, Jane Austin, and Jodi Long claim that the truth about the trouble the health plan was is held back during the negotiations. SAG-AFTRA national executive director David White, chief contracts officer Ray Rodriguez, and Carol Lombardini, president of management’s AMPTP, who negotiated the contract, all knew of the dire situation.

“I’m pissed,” said Austin, a national board member, and the union’s former national secretary-treasurer. “I’m pissed. Last fall, something was mentioned that the Plan was in trouble. And then we went ahead, and we did this negotiation, and moves that were made, in my opinion, should have been so different if the negotiating committee had this information. That is my opinion, as a member of the negotiating committee.”

Jodi Long, a national board member and member of the union’s executive committee, said “It was indicted to us that the Plan had some problems, but not to the degree that has been revealed in the last few days. And I think that if we’d known t,hat, certain things that were taken off the table – and I can’t really speak to that – would not have been. We would have fought much harder for the things that were taken off the table ultimately. That’s all I can say.” 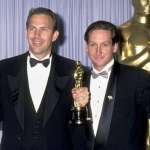