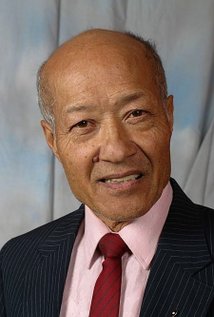 Aki Aleong’s career has spanned more than 60 years as an actor, singer, writer, producer and activist. He has served on the National Board of the Screen Actors Guild, appointed National Chair of SAG’S EEOC and was a member of the President’s Diversity/Affirmative Action Task Force. Aki has also been Executive Director of AIM (Asians in Media), Vice President of The Media Coalition of Los Angeles and President of MANAA (Media Action Network for Asian-Americans). Among Aki’s numerous awards is an Honorary Doctorate from New Dimensions University in 2013. (Click here to see the full bio from IMDb).

And now as CEO of Mustardseed Media Group and one of dear clients, Aki is set to executive produce the film adaptation of “The Monkey King’s Daughter,” based on the young-adult book series by Todd A. DeBonis. Production is set to begin at the end of this year, with co-produced by both Chinese and Canadian companies.

To learn more about Aki, check out Mustardseed’s website and his IMDb page.

And here’s an awesome article in The Hollywood Reporter about “The Monkey King’s Daughter.”