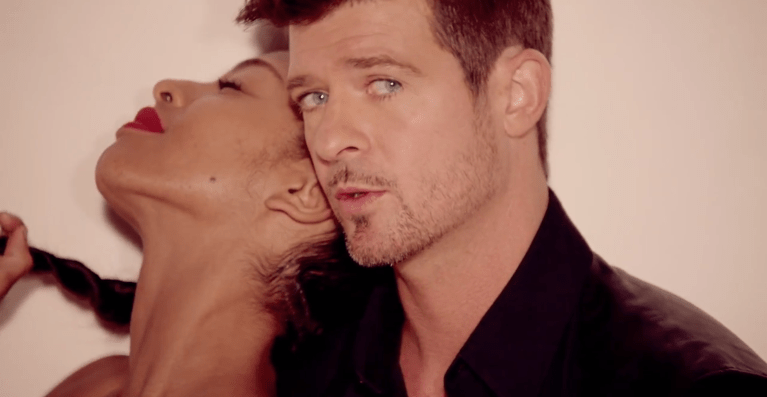 One of the most high-profile music plagiarism stories of the year is making its way back into the news– the case Robin Thicke and Pharrell William’s 2013 hit “Blurred Lines” and its derivative nature (see our previous post about the “blurred lines” of derivative works). Earlier this year, Judge John Kronstadt  ruled in favor of Marvin Gaye’s family, who argued that “Blurred Lines” plagiarized the late Gaye’s song, “Got to Give it Up.” While Kronstadt had denied the request of  Thicke/William’s lawyer, Howard King, for a retrial, he did grant the favor of lessening the settlement and allowing the song to continue to be distributed without the injunction Gaye’s side requested. Now, several months after the dust has seemingly settled on the case, there are no more it seems Thick and Williams just won’t “give it up”: King confirms Thicke/Williams are appealing the decision. Argues King, “Pharrell, Robin and TI independently created every note and lyric of ‘Blurred Lines’. We look forward to ultimately obtaining appellate confirmation that no one can own a genre or a groove and that composers can be free to be inspired by the works of those creators that came before them”. The Gaye family representative, Richard Busch, however, remains optimistic about Kronstadt’s original decision and that justice is on his clients’ side. Both sides feel they are fighting for songwriters and song producer’s rights, but as we already know there are definitely some “blurred lines” when it comes the law and music.