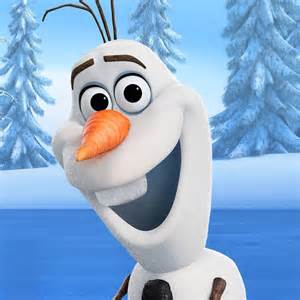 Even though it’s been a toasty week here in Los Angeles, you might recall way back in April that Disney had been dealing with a chilly subject- lawsuit. While this one particular lawsuit didn’t quite pan out (see the original blog post, “Lawsuit over “Frozen” has Disney asking, “Let it go!”) another has actually broken through Disney’s icy team of lawyers to make a dent. Kelly Wilson filed a suit back in March over the similarities between a trailer for the animated blockbuster “Frozen” and her short-film “The Snowman”. The similarities have to do primarily between Wilson’s title character and Olaf the snowman from “Frozen”, which Judge Vince Chhabria found parallel enough to warrant a suit and accordingly, a federal court has twice denied Disney’s request to dismiss the case. Having realized that a continued legal battle might not be worth the hassle (especially with a “Frozen” sequel on the horizon), Disney has agreed to a confidential out-of-court settlement with Wilson. Perhaps Disney will make a new song based off of Frozen’s “I Want to Build a Snowman” titled, “I Want to Build a Unique, Visually Distinctive Snowman.” Just to be safe.

On another note, Happy Independence Day and have a wonderful (and safe!) weekend!